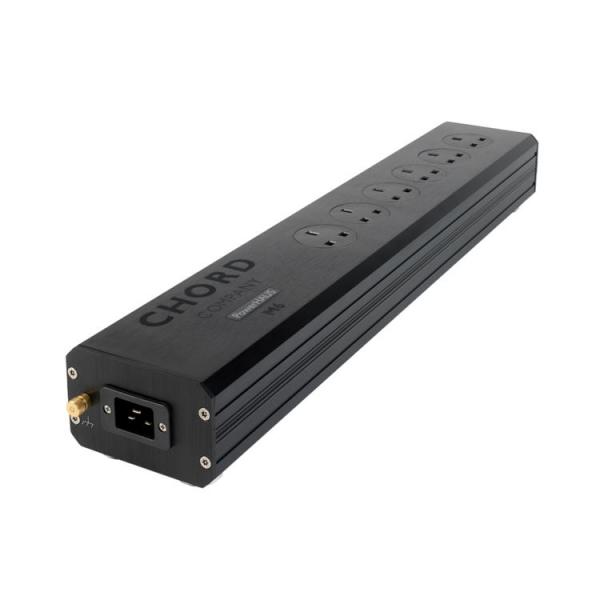 Product available in store only.

The Chord Company PowerHAUS mains block is the distillation of decades working with signal and power transfer and benefits from a unique version of our acclaimed ARAY technology (MainsARAY) which has been specially adapted for power distribution.

Virtually every component utilised inside the PowerHAUS is uncompromising and has been manufactured specifically for its intended purpose. Accordingly, the M6 is non-switched and avoid filters and neon power indicators which can generate noise and reduce quality. Their solid aluminium construction minimises the unwanted effects of microphony, too.

The PowerHAUS blocks benefit from specially selected, high-quality, heavy-gauge cables throughout, with sockets chosen not just for their reliability, but also their sound performance. A high-performance 16-amp IEC allows the PowerHAUS blocks to cope with even the most demanding home audio systems.

Available in two performance levels, the flagship M6 (Master) and entry-level S6 (Studio), the six-way PowerHAUS distribution devices are the result of one of the longest product development phases we have undertaken.

The flagship M6 offers the best performance and utilises three hybrid MainsARAYs fitted in parallel (rather than in series) to the bus bars, removing high-frequency noise whilst remaining outside of the circuit.  Rather than being star-wired (which is susceptible to RFI), the wiring is run along three bus bars which are all isolated from each other. The earth bus bar is kept as far away as possible from both the live and neutral.

The S6 retains many of the core features of the flagship M6, but is more affordable and represents a significant improvement over standard mains distribution blocks.

Enquire about the Chord PowerHAUS M6 ›

See all our The Chord Company products ›